So, I’ve just realised that I’m mentioning a lot of countries and places, and you might not fully understand where these all are in relation to each other. So here’s a selection of maps which should hopefully help with understanding the geography, at least at a political level.

First off, here are four maps of Europe at various dates through the 19th Century. All have been excellently produced by Wikipedia user KaterBegemot.

The next few maps deal specifically with the episodes on the Balkan Wars of 1912-13 (Wiki authors or other source credited in captions).

Next, a map of the component map of the Austrian Empire, courtesy of Wikipedia user Spiridon Ion Cepleanu:

A map of the oblasts (which I refer to in the podcast as “districts”) of the Kingdom of Serbs, Croats and Slovenes after the passage of the 1921 Vidovan Constitution, credit to Wiki user PANONIAN: 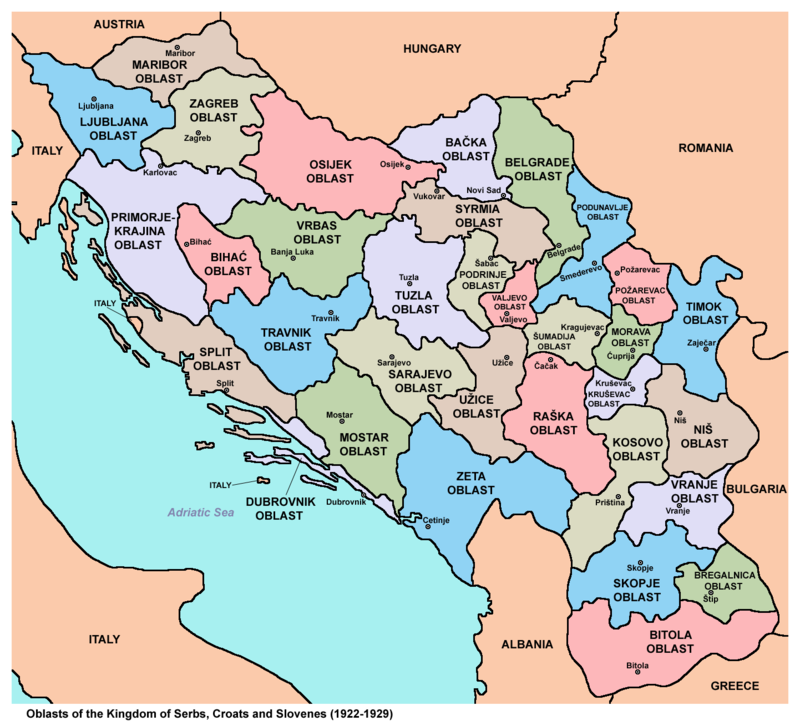 A map of Hungarian territories lost in the Treaty of Trianon and their ethnic composition. Credit to Wiki users Fz22 and CoolKoon: 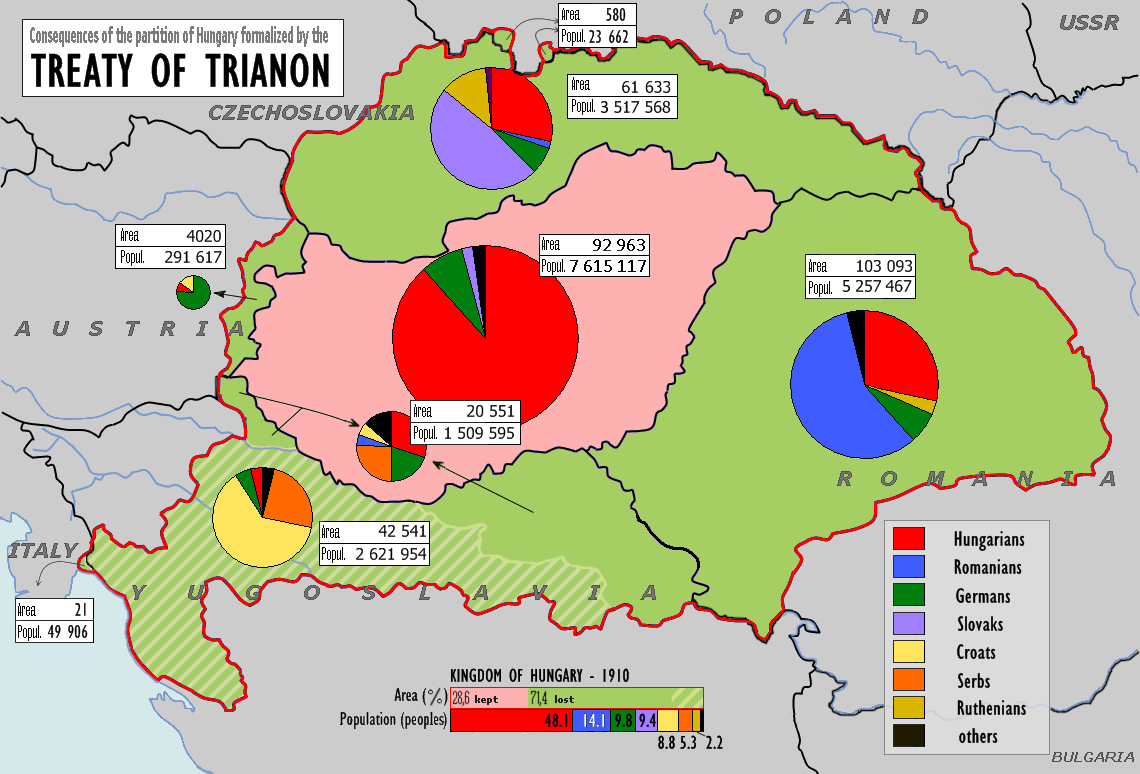 A map of the banovine/provinces of the Kingdom of Yugoslavia after 1929, credit to Wiki user Bukkia:

And a map of the Banovina of Croatia, by Wiki users NordNordWest and Flappiefh

3 Replies to “The History of Yugoslavia – Some Maps”

Hello, and welcome to Ethnopolis. This site has a dual purpose, hosting both my fortnightly podcast, The History of Yugoslavia, and my thoughts and musings on various historical and political matters, particularly those related to ethnicity and nationalism. Find me on Twitter @alexcruik https://twitter.com/alexcruik